The on road track

The asphalt track, with its 536 metres, may be one of the longest tracks in the world when the whole largest layout is used. It is possible to vary the layout in a number of ways and even oval racing is possible, hence the heavily dosed curves. The track is run clockwise and the so far the highest measured top speed is about 125km/h and was set with a 1:10 electric touring car. 1:8 IC track cars will “only” reach about 110 km/h but instead has significantly higher corner speed which makes them faster over the lap. All track records are set on the longest layout.

Around the entire track there is an approximately 1.5 meter wide strip of artifical grass to make room for some misstakes. Outside the grass a barrier of go-cart tires and a rubber strip to dampen any crashes. There are also a two metre high fence surrounding the track preventing cars from leaving the track by misstake. The areas on the inner field separating the track are either covered with artifical grass or green or blue paint.

The track has three lap counting loops buried, two of them after the exit from the pits and one in the beginning of the far straight. The first loop after the pit is the official timing loop and the second working as a backup at major competitions. The third loop may act as an intermediate time if desired. Start of heat and finals is usually done with traffic signals and audio. If car problems leads to restart from the pit turning right over the loop at exit is not allowed, instead run straight forward into the first dosed curve.

View from the rostrum. Photo was taken in the autumn, hence the glaring sun, there are awnings to lower if necessary.

View from the curve at the end of the far straight.

The rostrum viewed from the asphalt track. Traffic signals are directed both towards the track, for the audience, and toward the rostrum for drivers and mechanics. 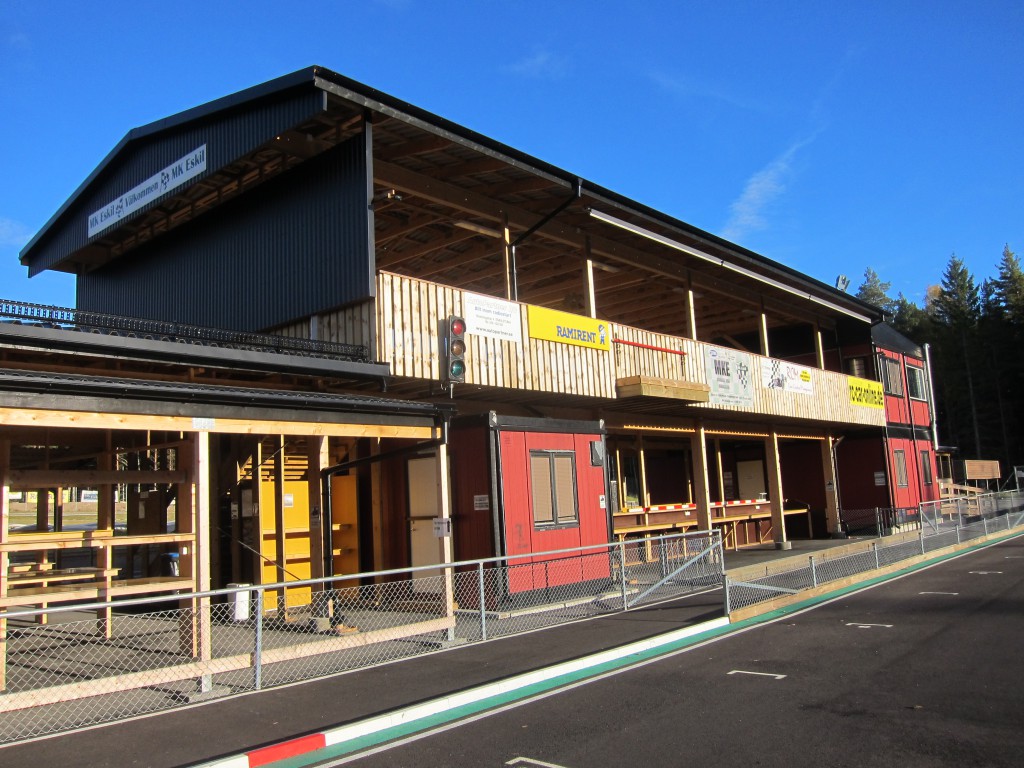 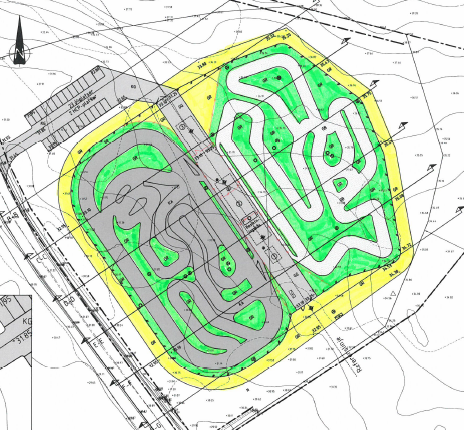